Just 25 km to the north of Klaipeda is the seaside resort of Palanga with its long sandy beaches, dunes and Palanga Amber Museum.
Palanga is known as a popular sea resort due to its mild climate, golden sandy beaches and wooden summer houses. There are many SPA’s nowadays, where everyone can find a perfect retreat.

In summer evenings tourists are drawn to Basanaviciaus Promenade, which leads on to the pier jutting out into the Baltic Sea. It is a favourite place for strollers, who enjoy pedestrian precinct and its happy atmosphere. There are many cafés, bars and restaurants on both sides of the street.
It is still possible to find a secluded spot in the dunes to admire the sunset into the Baltic Sea. Or take a walk in the lovely botanical gardens, created in the 19th century by famous landscapes architecture of the times. The gardens are home to the largest Amber Museum in the Baltics.
A visit to Palanga Amber Museum will reveal all there is to know about the Baltic gold: its origins, places where amber can be found, processing and jewellery making. 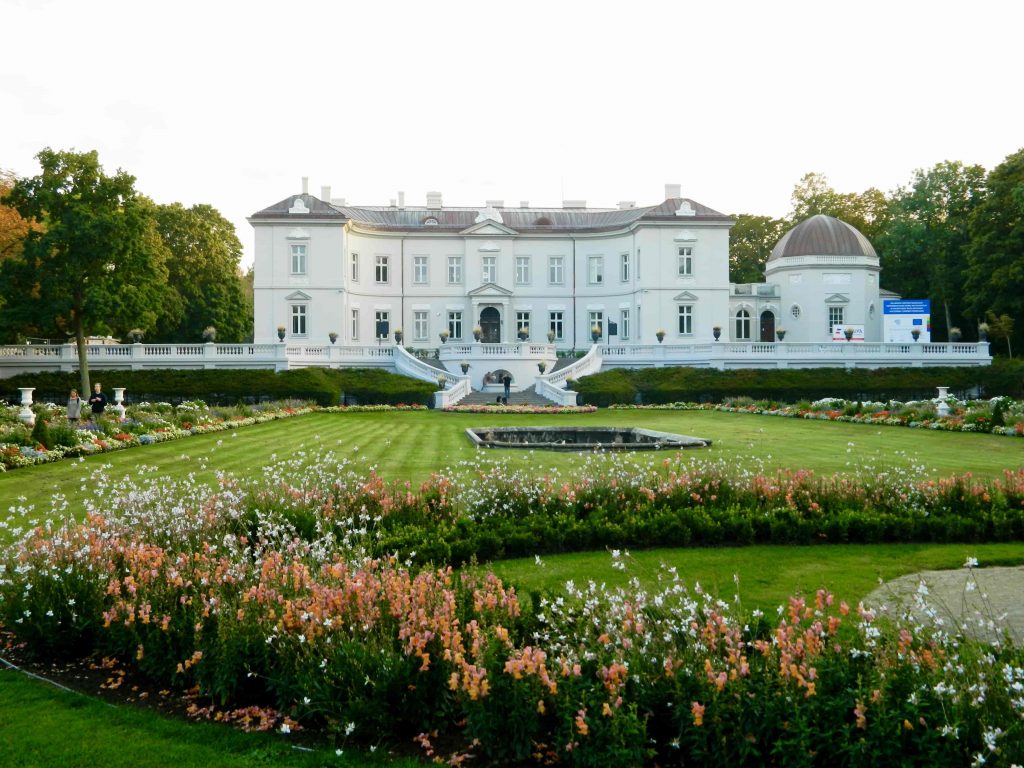 Things to do in Palanga

Palanga Amber Museum (Palangos Gintaro Muziejus)
Amber museum is situated inside the fabulous 19th century Neo Classical former mansion of Count Tiskevicius. This exemplary museum holds some 25,000 pieces of amber of which over half have animals and plants trapped inside.

Telling the fascinating story of Baltic Gold, this is a wonderful place to spend an hour in.  The back of the mansion features a famous rose garden, and the mansion itself also hosts the occasional concert and recital.

The dark interior offers a welcome and distinctly cool break with the altars made from scores of little silver arms and legs being of particular interest. At 76 m, the imposing spire can be seen from just about anywhere in town. Across the street and just to the left is a WWII Red Army war memorial complete with one of the few remaining hammer and sickles in the country.

Address: Vytauto st. 51
Palanga Botanical Park (Palangos Botanikos Parkas)
This marvelous 100 hectare park was designed by the French landscape gardener Edouard André (1840-1911). He spent three summers here designing it with his son at the end of the 19th century.

Originally containing an estimated 500 native and foreign species, the current park boasts considerably more including pine, fir and elder trees plus over 600 varieties of plant including 24 considered to be endangered. The park, which is the perfect place to stroll, also contains several statues, ponds full of ducks and swans. The beach next to the park was granted Blue Flag status in 2004.

This website uses cookies to improve your experience while you navigate through the website. Out of these, the cookies that are categorized as necessary are stored on your browser as they are essential for the working of basic functionalities of the website. We also use third-party cookies that help us analyze and understand how you use this website. These cookies will be stored in your browser only with your consent. You also have the option to opt-out of these cookies. But opting out of some of these cookies may affect your browsing experience.
Necessary Always Enabled
Necessary cookies are absolutely essential for the website to function properly. This category only includes cookies that ensures basic functionalities and security features of the website. These cookies do not store any personal information.
Non-necessary
Any cookies that may not be particularly necessary for the website to function and is used specifically to collect user personal data via analytics, ads, other embedded contents are termed as non-necessary cookies. It is mandatory to procure user consent prior to running these cookies on your website.
SAVE & ACCEPT
Scroll to Top